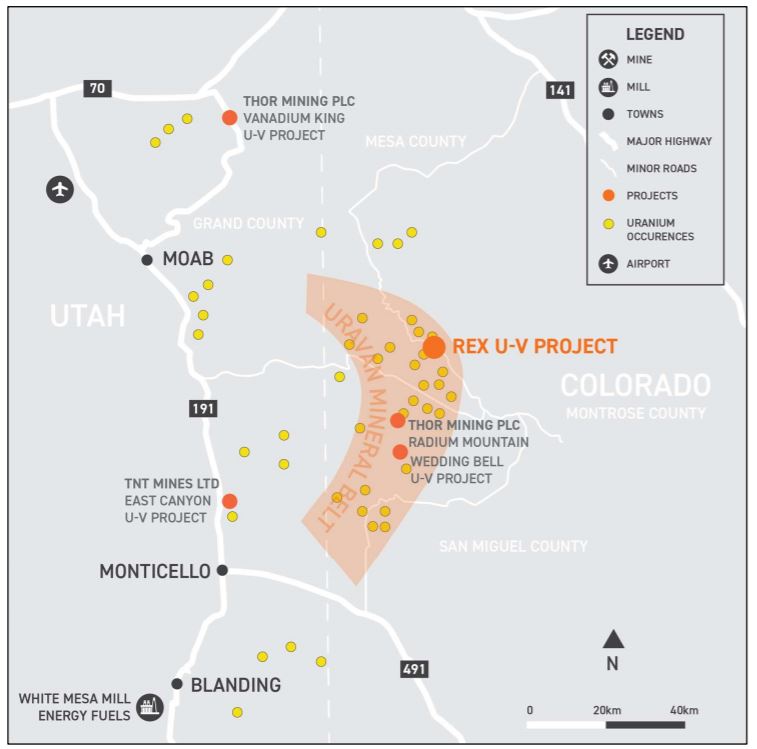 On 24 June 2020, the Company announced it had acquired 60% of the shares in Sunrise Minerals Inc, a Colorado, US based company that holds the REX Uranium-Vanadium Project (Project).